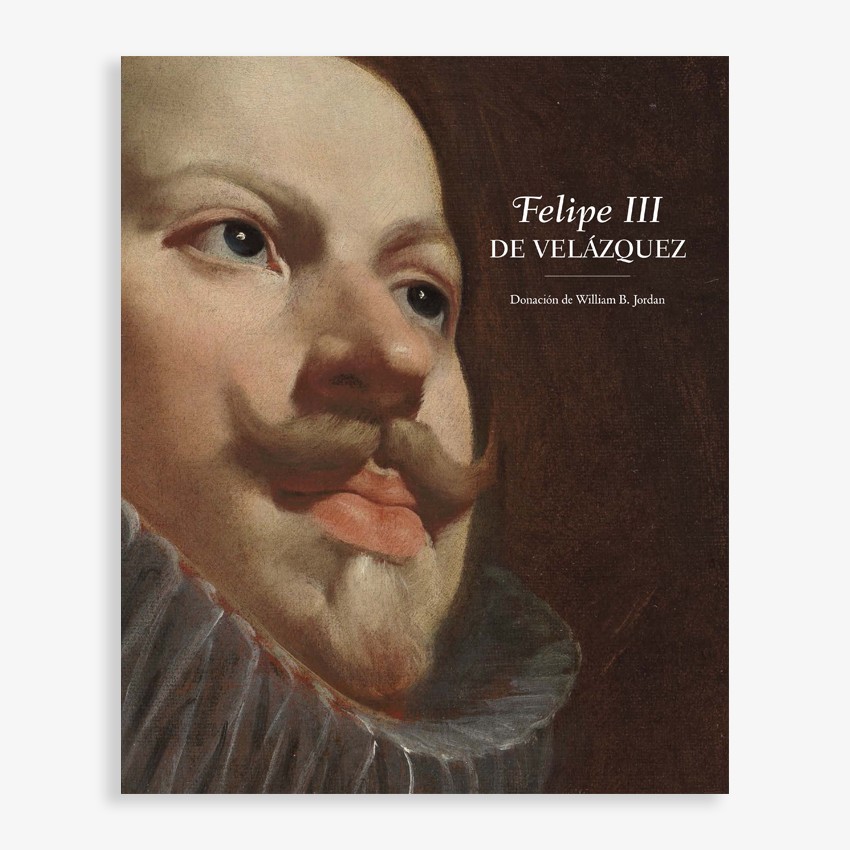 This book has been published on the occasion of the donation made by William B. Jordan to the American Friends of the Prado Museum. Texts by: John Elliott, Jaime García-Máiquez, Mª Dolores Gayo, William B. Jordan y Javier Portús.

The work is a preparatory painting for the face of Philip III executed by Velázquez in relation to his composition The Expulsion of the Moriscos, executed in 1627 but destroyed by the fire in the Real Alcázar in Madrid in 1734 and only known from written descriptions as no copy of it has survived.

The addition of this work to the Museum’s collections as a long-term deposit will contribute to completing its representation of Velázquez as a royal portraitist, given that it is a work of outstanding quality and previously unpublished in the scholarly literature. As such, it will help to cast light on one of the key works of the artist’s early period at court. 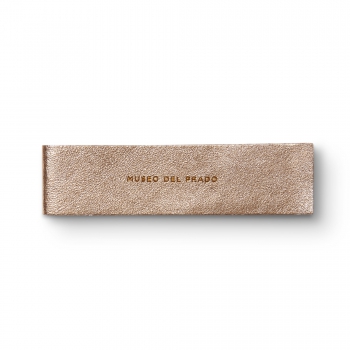 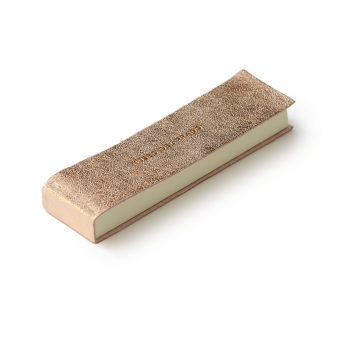 00012812
€10.00
Gold. Smooth paper. Bound in leather. 15 x 4 cm. This elegant notebook, handmade in Florence and bound in leather, is stamped with the Museo del Prado logo. It will be a perfect complement for your desk. 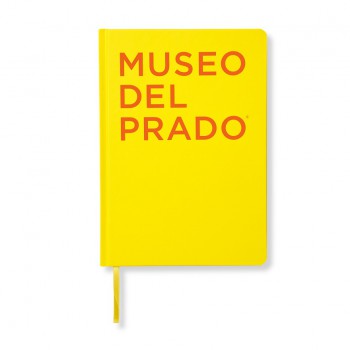 00012598
€12.40
17 x 22 cm. Dotted pattern This functional and cheerful hardcover notebook includes a practical ribbon bookmark and has the Museo del Prado logo stamped on the cover. A perfect stationery item for those who like to have a notebook at hand to take notes. 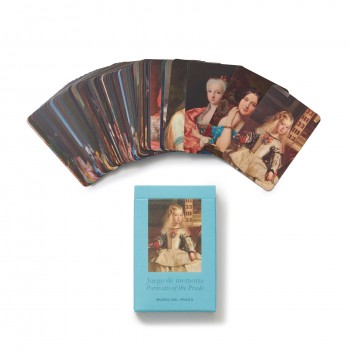 “Portraits of the Prado” Memory game

10821
€15.00
Queens, infantas, princesses, countesses, duchesses... come together to challenge you. A memory game for all ages in which the winner is the one who manages to form the most pairs. Up to 28 pairs (56 cards) with details of portraits from iconic works of the Prado Museum. A game to bring the Prado closer to the little ones. 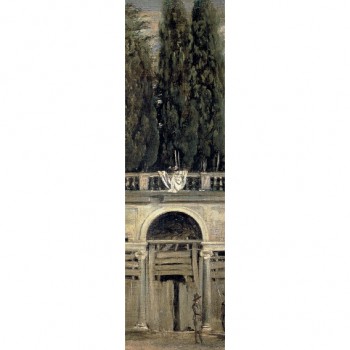 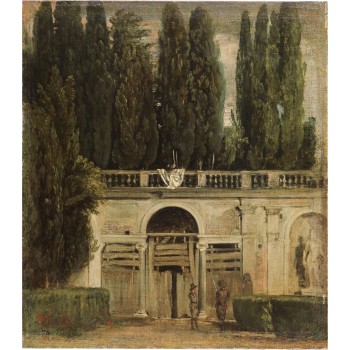 "View of the Gardens of the Villa Medici, Rome" bookmark

316
€1.24
19.5 x 4.5 cm. With this simple bookmark, which reproduces a detail from the magnificent work View of the Gardens of the Villa Medici, Rome (Ca. 1630), one of the masterpiece in the history of Western landscape painting, in which Velázquez set out his idea of landscape without any narrative excuse to justify it, you can mark the place where you... 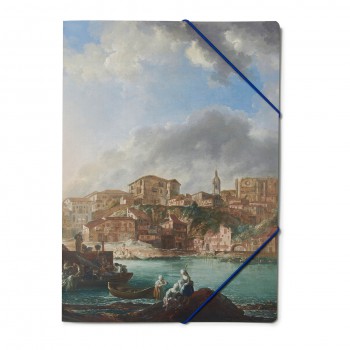 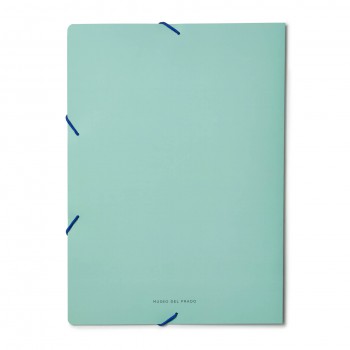 00012324
€7.44
Cardboard. 21 x 29,7 cm. A detail of the beautiful View of Bermeo (1783), whose town is nestled between its high cliffs, is reproduced in this practical one-compartment folder that can hold A4-size documents. Standing out against a cloudy background that creates a perfect contrast with the colour of the buildings, Paret perfectly reproduces the warmth of... 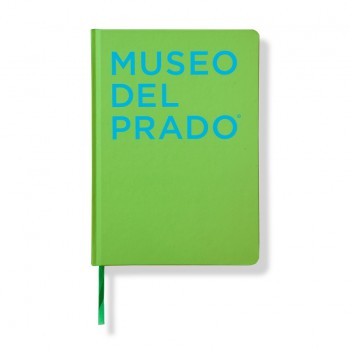 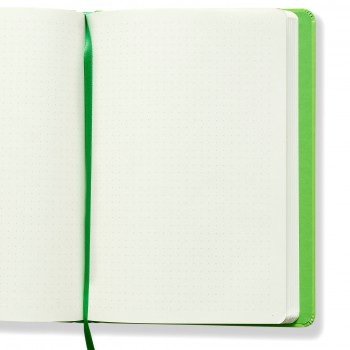 00012602
€15.00
17 x 22 cm. Dotted pattern This functional and cheerful hard cover notebook includes a practical ribbon bookmark and has the Museo del Prado logo stamped on the cover. A perfect stationery item for those who like to keep a notebook handy for taking notes.
View 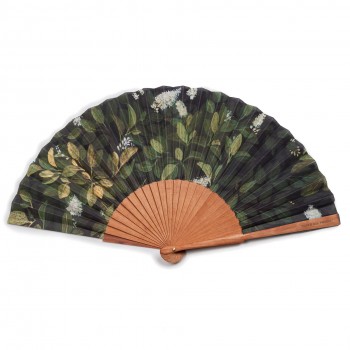 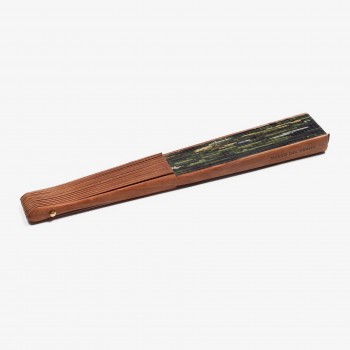 9594
€12.00
Polished pear wood. 27 cm (stick). Made in Spain. With this fan you can cool off on the hottest summer days. Linked by sturdy pear wood sticks, its mount reproduces one of the many rich details of Fra Angelico's Annunciation panel (ca. 1426): the lush vegetation surrounding the scene of Adam and Eve's expulsion from Paradise. 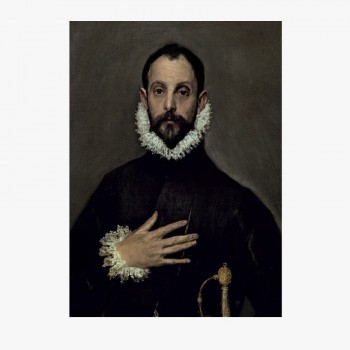 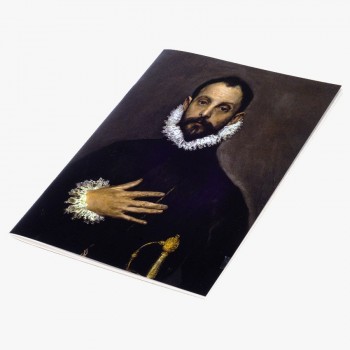 "The Nobleman with his Hand on his Chest" notebook

629
€3.50
Lined paper. Stapled binding. A5 (15 x 21 cm). 32 sheets (64 pages). The Nobleman with his Hand on his Chest (ca. 1580) is perhaps El Greco's most famous portrait and, consequently, one of the best known in the Museo del Prado. The cover of this notebook depicts the bust of the enigmatic sitter, an icon of the Spanish nobleman who has inspired numerous... 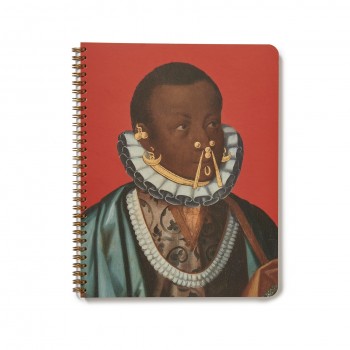 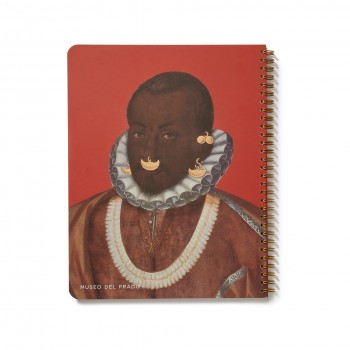 "The Three Mulattos of Esmeraldas" notebook 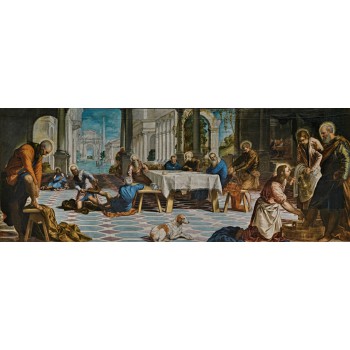 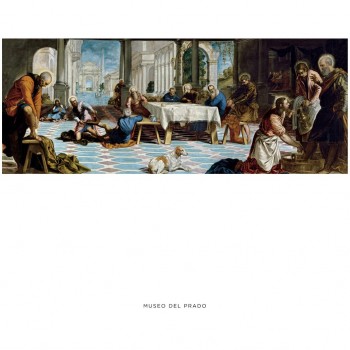 363
€3.25
300 g Invercote G paper. Full image proportional to the size of the sheet (42 x 33 cm). This print reproduces the painting The Lavatory (1548-1549) by Tintoretto, where the artist shows a great mastery of perspective and theatricality in the arrangement of figures in space. Includes margins on the sides for easy framing.