Return Journey. Art of the Americas in Spain

Published on the occasion of the exhibition Return Journey. Art of the Americas in Spain held at Museo Nacional del Prado between October 5th, 2021 and February 13th, 2022.

It is often pointed out, quite rightly, that the Museo del Prado inherited the former art collection of the kings and queens of Spain, and that these holdings reflected the dominions they ruled over. This explains why the best represented schools in the museum are those of three territories that belonged to the crown: Spain, Flanders, and Italy. Yet few authors comment on the relatively small number of works from the viceroyalties of the Americas, the Spanish Monarchy’s vastest overseas possession. Return Journey sets out to remedy this shortcoming and to draw attention to a fact that is unknown to most people: that Spanish homes of the sixteenth, seventeenth, and eighteenth centuries contained more art objects from the Americas than from Flanders or Italy.
This catalogue features a broad selection of the many works from the viceregal period that found their way into Spain and analyses them in depth taking into account the ideological and cultural values they represented as well as their material dimension, the structure of the societies that created them, and, above all, their artistic qualities.
This complex appraisal was entrusted to specialists Rafael López Guzmán, Adrián Contreras-Guerrero, and Gloria Espinosa, of Granada University, and Jaime Cuadriello and Pablo F. Amador, members of the Instituto de Investigaciones Estéticas at the UNAM in Mexico. Their research, conducted using different methodologies and from various viewpoints, sheds light on the meanings these objects held for the diverse Early Modern Age societies and the place they currently occupy in our cultural context. 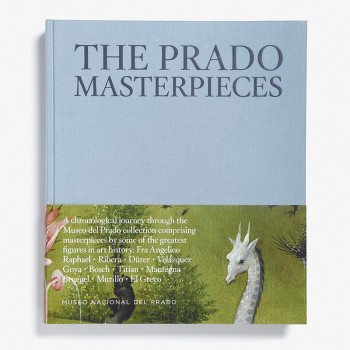 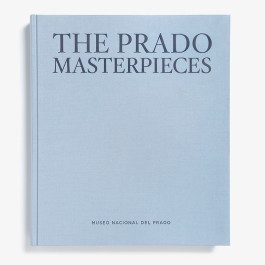 7283
€87.40 €92.00
English. More than 400 illustrations. Hardcover. 27,9 x 32,2 cm. 494 pages. A reference work on the Museo del Prado, this coffee-table book takes a chronological tour through the milestones of the collections it houses, from ancient sculptures to some paintings from the dawn of the 20th century.